Please Help Stuart Rosenkrantz stay out of a Guardianship, the Judge's, Attorney's and Guardian's are trying to Steal all His Money

In Florida all it takes to lose your rights is for three strangers to decide you're not competent. Tonight a South Florida man is challenging the guardianship system. Investigative reporter Carmel Cafiero has his story in this special assignment report.

WSVN -- Sixty-four-year-old Stewart Rosenkrantz landed in a wheelchair decades ago, after a car accident, but he hasn't let that stop him from enjoying life. His still pictures are so special he's sold them. His money management is so good he owns his home and doesn't owe anybody anything.

Edward Dinna, Attorney: "Mr. Rosenkrantz is the only fellow I know that doesn't have a debt."

Attorney Edward Dinna represents Stewart. They're fighting a move by a family member that could cost Stewart control over his life and his finances. It started with this, a petition filed in Broward County that claims Stewart is being unduly influenced by his roommate. A claim Stewart and his attorney deny.

Edward Dinna: "Not only are they trying to appoint a temporary guardian, but they're trying to serve subpoenas on all his banking and financial institutions to find out just how wealthy or not he is."

Three court appointed members of a committee met with Stewart and he can own a gun, he can drive his van, but he can't manage his property. He says it's all about getting control of his money.

Carmel Chaffier: "What did you think?"

Stewart Rosenkrantz: "Well I know what they were after."

Carmel Chaffier: "Were you mad?"

Stewart is challenging the findings and so far still has control of his finances. The court appointed examining committee is made up of three members. A social worker, who decided Stewart is at risk for financial exploitation, a psychologist, who said his thought processes have a paranoid flavor and a medical doctor who said he was a vulnerable easily persuaded and gullible individual. All this after spending just a few hours with Stewart.

Stewart Rosenkrantz: "I didn't even know what the guardian program was and then all of a sudden I'm going to be subjected to that?"

The report from the committee's medical doctor quotes his family doctor, but Stewart's personal physician says she's never talked to that doctor about Stewart.

Dr. Anne Blenke: "I've never had a consultation with him on any patient."

That he is, "vulnerable and at risk".

Dr. AnnE Blenke: "I would never make a statement like that to anyone."

The medical doctor who made the report turned down our request for an interview. Stewart meanwhile, is convinced he's being railroaded.

Stewart Rosenkrantz: "I decided it was against me all the way that it was predetermined it was just for the money."

In fact, he is has been so worried about what will happen next, he spent months in Puerto Rico at a home he owns there.

Stewart Rosenkrantz: "We were like fugitives, just felt like it. Four and a half months in Puerto Rico. Even though it's a beautiful place, you get tired of it, you want to come back but you're afraid to."

And he says he may go back into hiding until he can have his day in court. Although hearings on guardianships are usually closed door proceedings, Stewart says he will ask the court to allow our camera in for his case.

IF YOU HAVE A STORY FOR CARMEL TO INVESTIGATE:

Comments for this page are closed. 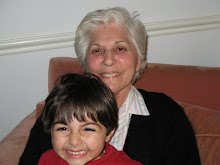